Prediction: “24 Live Another Day” Is Going To Suck

Okay, so Jack Bauer is back, ready to torture some family members and to save his daughter who has been captured about 20 or 30 times. Why is Jack going to torture more people? I want to say that I’ll be taking a wild guess, but unfortunately it’s more like a well-known fact that terrorists have something to do with it. It would seem America only has one way of fighting international villains, a mentally unstable agent. In this article I will attempt to make a prediction that “24 Live another Day” is going to suck. 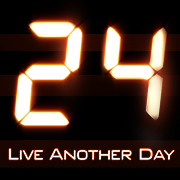 To be completely fair and honest, the first few seasons of the show were AWESOME! But people either loved or hated the show. It had an original approach even though the hero was rather typical. Eliza Cuthbert made it worth the while for the guys and Keifer Sutherland……well…..he probably has some old lady who likes to look at him somewhere in the world. In any case, Jack saved the day with unrealistic super hackers and a “Die Hard” fighting spirit. Just like in good Hollywood style, season two surfaced with a nuclear bomb. Wow! Once again Americas’ only defense was Jack. Why didn’t they just send him to fight the war in Iraq? They could have spared many lives.

Even if you can get past the inferiority of Jack Bauer, a seemingly ordinary closet case alcoholic and cocaine abuser, the storyline makes it a bit difficult. One would’ve hoped that with the writer’s strike some original ideas would have been dropped into a hat. If they insist on pushing the boundaries of reality then get some new enemies for heaven’s sake. Alas, they stuck with bombs and assassination attempts. Over and over again we get to see how Jack brutally tortures the enemy and to be brutally honest; I have more fun watching Hannibal Lector.

In my opinion the coming series is going to suck because Jack will once again be running around like a 20 year old, when in fact he will be in his fifties according to the show. Defying the rules of aging and medical care, the blood and guts will be predictable. Secondly, the enemy is most probably going to come in the form of another Communist country in hopes of making some money. If only these terrorists knew that America is broke. The writers might spice things up by using a bunch of birds filled with anthrax that fly into government buildings, but Jack won’t be able to torture them so that idea is out the window.

Fans like to pretend that they don’t know what to expect, but ultimately they do. There might be one or two shockers; for instance the death of a main character or Jack looking happy, although the fans shouldn’t count on the latter. In addition, if America has so many enemies then maybe they should think about getting one or two more of Jack Bauer, just in case this one fakes his own death again. The strange part is that he has to run from a government he ends up saving every time. Jack might just live through these 24 hours, or rather 12 (the season is going to be a miniseries that focus on 12 hours instead of 24, which is a little contradicting), but I doubt if I will survive watching it.

We can be reached at sitepostone@gmail.com