8 Reasons NOT To Get Up In The Morning

Have you noticed that there are more than enough people who run around and give all these reasons for getting up in the morning? There has to be someone who can balance out all this positive energy in the name of realism. For this reason I have taken it upon myself to seek at least 8 reasons why you shouldn’t go through the awful morning process of opening your eyes. 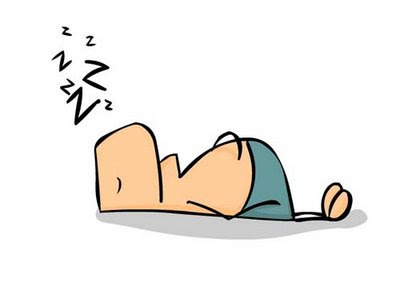 Let’s start small and say it’s good for your health not to get up. I don’t care who you are, but the moment that alarm goes off at 6 or 7 in the morning you most likely get this jolt of rage which drastically raises your blood pressure. It doesn’t take a medical expert to know that blood pressure can kill you.

Everyone has their little routine in the morning which is forced by habit and our bodies. This is your chance to stand up for yourself and to not listen to your bladder that’s filled to the brim or the thought of coffee in the back of your mind. Be your own boss and just say no. It’s time to take control of your bladder along with your caffeine addiction.

Now that the more obvious reasons are out of the way it’s time to get serious. Global warming means the end of the world and do you really want to be a part of that messy ending? I didn’t think so. While everyone is running around screaming “green energy” you can be blissfully rebelling in your “dream energy” where anything is possible and you feel no pain.

Let’s face it, if you don’t get up then nothing can disappoint you. This is why depressed people are much more advanced than the rest and for some reason we think they need to be medicated.

Sometimes you have a little too much to drink and that hot stranger at the bar you didn’t notice while you were sober might still be next to you in the morning. Chances are you don’t want your dreams, or dignity, to be crushed by laying your eyes on what you actually brought home.

If this isn’t a good reason not to wake up in the morning I don’t know what is. I don’t even need to go into detail as to why this reason is listed.

There is nothing quite as depressing as waking up to the smell of bad breath, under the cover farts and a ring on your finger. If this is the case then I suggest sleeping as long as you can because it’s only going to get worse.

Last but not least, if you don’t get up in the morning you won’t feel enticed to open your Facebook page and see the people you never liked in the first place posting pictures of exotic islands where they plan to spend their holiday.

There you go. Balance has been restored and you can peacefully throw your alarm clock away because it will only make you miserable.

We can be reached at sitepostone@gmail.com